Released in 2021, Call of Duty: Vanguard is a first-person shooter (FPS) published by Activision. It’s the 18th installment of the storied Call of Duty series that mainly focuses on the battles of World War II. It’s also playable on various gaming platforms like Windows, PlayStation, and Xbox.

This is one of the many COD errors that are caused by corrupt or unreadable game files. For instance, players on the Xbox console face the COD: Vanguard DEV ERROR 5573 when moving and throwing a grenade. But other than that, the game runs smoothly. 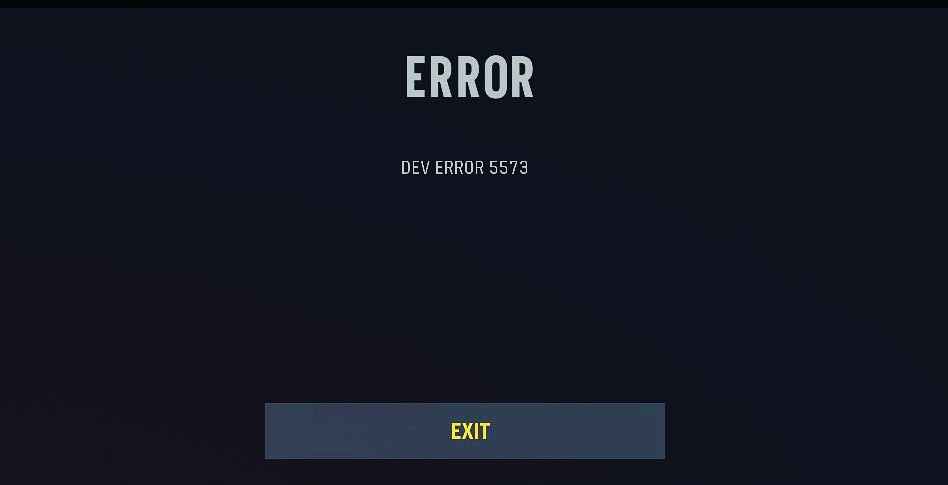 When facing this error, an error screen will show up with the message:

Here are the common reasons for the COD: Vanguard Dev Error 5573:

Now that you know all the reasons why this error occurs, you can now go straight to the fixes. It’s important to go through them one by one and see which one worked for you most. Here are the fixes to the Call of Duty: Vanguard Dev Error 5573.

Fix #1: Restart your PC or Console

A simple restart or power cycle can fix the most common problems that you face in-game. A power cycle re-initializes all internal components to make them work normally. To restart your PC, Xbox, and PlayStation console, follow these steps:

Check for Game Updates on PlayStation

Check for Game Updates on Xbox

Operator skins for certain characters are unlocked after completing challenges. These skins however reportedly caused bugs and in-game errors, including the Error 5573. If you can, avoid using them first and see if the error still occurs. Also, edited calling cards have caused the same error when used in-game.

An updated graphics driver can solve a lot of in-game errors like the COD: Vanguard Dev Error 5573. It’s also recommended to update them to play various games and use graphics-heavy apps smoothly.

To update your graphics drivers in Windows 10, follow the steps below:

When experiencing errors in COD: Vanguard on its PC version, you can check for corrupted and repairable game files via Battle.net’s Scan and Repair feature.

To scan and repair all COD: Vanguard game files in Battle.net, follow these steps:

Various games can face errors due to several reasons. Whether it’s due to a new update or corrupted game files, you can face the COD: Vanguard Dev Error 5573. Hopefully, this guide helps you in solving this annoying issue, and continue to play your favorite game modes. If all fixes didn’t help, you can try reinstalling the game and check if it solves this in-game issue.