Twitter is a mainstream social networking platform where you can interact with other users through tweets. Besides posting tweets and retweeting tweets of other users, you can also pin your tweet. Pinned tweets will be featured or placed at the top of your Twitter timeline. 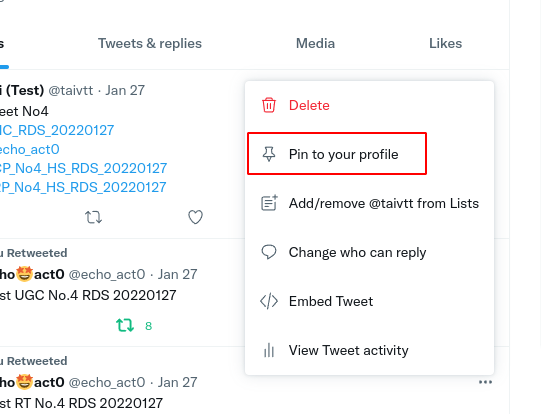 However, some Twitter users have wondered if you can pin any tweet on Twitter. This is when you want to pin another user’s tweet and feature it on your profile timeline. This guide will show you how to pin a tweet and how to pin someone else’s tweet using simple methods.

One of Twitter’s notable features is the ability to pin tweets. Whether you want to promote a product or service, voice your opinion about a trending issue, or you want to highlight a quote, you can do this by pinning it to the top of your profile timeline.

While pinning your tweets on top of your timeline is already great, you can also try to pin someone else’s tweets. This especially applies when you want to feature a tweet by a specific influencer, athlete, celebrity, or other famous personalities on Twitter. There are two main ways to pin tweets of another user on Twitter:

As the method’s name implies, you can pin another user’s tweet by quoting and retweeting it on your timeline. Original tweets are automatically attached by Twitter to the quoted tweet. This is an effective workaround when pinning others’ tweets without using a third-party tool.

Another method that you can try when pinning other users’ tweets is via TwTools. It’s a third-party website that specializes in many Twitter tools that you can use on your account for free. To pin someone else’s tweet using TwTools, follow the steps below:

The pin function on Twitter is one of the platform’s most used features. It allows you to feature a certain tweet on your Twitter timeline to draw attention and engagement from your followers. As of the moment, Twitter has not applied a feature where you can pin someone else’s tweet to your profile.