Many users wonder if they’ll be able to keep using their Amazon Fire TV Stick if the internet runs out. So, really, do you need the internet for Fire Stick? That we’ll find out in this guide.

For instance, we’ll explore the importance of having the internet for using your Fire Stick. Plus, we’ll look into what you can do on your Fire TV when the internet is unavailable. 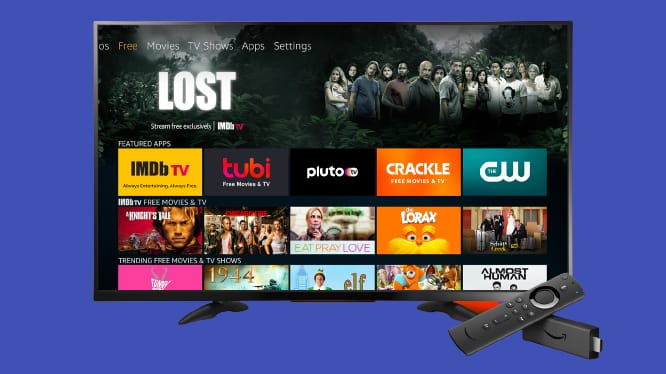 With that said, let’s dive in.

Do You Need Internet for Fire Stick?

If you’re looking to stream live TV shows, movies, videos, and music on your Fire TV, then you certainly need a stable internet connection. If your internet fluctuates or shuts off, you won’t be able to play such live media on your Fire TV.

How to Use Fire TV Stick Without Internet?

Below are the top ways to use your Fire TV Stick when the internet is unavailable:

Kodi is a widely used multimedia player for streaming movies, TV shows, videos, music, and more on smart TVs and Fire TV Stick. As Kodi isn’t installed on Fire TV Stick by default, you can install it on your TV from the app store.

Once you do that, you’ll be able to play any downloaded multimedia file using your Kodi player. These files may be a movie, video, or music files.

This way, the Kodi media player effectively uses your Fire TV Stick when the internet is unavailable. It lets you plan and download a range of multimedia on your TV so it can be played when the internet runs out. But remember, you won’t be allowed to access online libraries without the internet.

Access Other Apps Through the Fire TV Stick’s Settings

Generally speaking, Fire Stick’s home screen fluctuates when it’s not connected to the internet, making it hard to find and open your desired offline apps. Anyhow, a good way around it is to access the needed apps via Fire Stick settings.

To do that, turn on your Fire Stick and open the Home page. On the top menu on the homepage, click Settings, select Applications, and select Manage Installed Applications. Your TV will lay down the list of installed apps on the screen.

From here, select your desired offline app and click Launch Application. As you do that, your favourite app will be opened so you can pass your bad-internet time effectively.

Use Your Phone’s Hotspot on Your Fire Stick

If getting internet on your Fire TV Stick is a must, then you can set up a hotspot from your smartphone. If you don’t already know, it’s similar to creating new Wifi signals from your phone.

But to enable the internet on your Fire TV Stick, you must ensure your phone has a cellular package. As you subscribe to an internet package on your phone, open the Settings App.

Look for an option called “Network and Devices” and select hotspot. Now, toggle the hotspot switch on. Be sure to adjust the hotspot settings and set up an easy password that you can quickly type on your Fire Stick TV. That’s it; your phone is currently working as a Wi-Fi router.

If you don’t have the internet, it doesn’t mean your TV screen is useless until it starts working. In fact, you can cast the screen of your smartphone, laptop, computer, or other devices on your TV and enjoy a cinematic playback experience.

But projecting your devices on the Fire TV Stick requires connecting both devices to a LAN (local area network). Simply put, you may connect these to the same Wifi network. If you can’t do that, you can connect them using an ethernet cable.

How to Cast to a Fire TV Stick on Windows 10