While Friday Night Funkin, better known as FNF, was created for teenagers (rated 13+), adults aged thirty and above play the game. Its color scheme, music, and gameplay make an entertaining combination. It is enough to sustain any teenager’s attention, even an adult’s.

Some children play it, too. We don’t recommend it for youngsters aged less than thirteen years old, but there are children as young as ten who have mastered the game.

Its colorful characters aren’t for everyone, but if your teener can handle ghoul-like characters, like Lemon Demon, you can download the app on your mobile device for free.

You can also play it on your computer. This article will talk about the Friday Night Funkin Chromebook edition…if there is one. If you’re not familiar with the game, read on to know more about the rhythm game that’s sweeping the cyber world.

If you want to download Friday Night Funkin on Chromebook, here’s something you should know:

Not all Chromebook devices have access to the app. 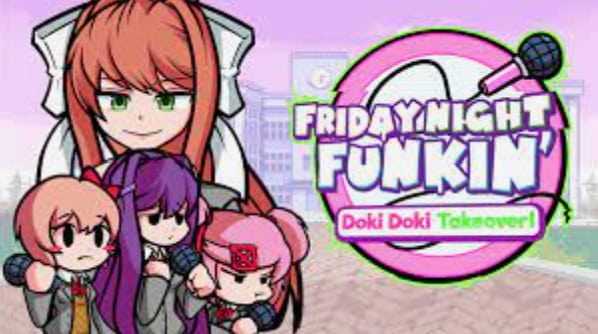 When your Chromebook is locked, you will only have access to a limited number of games. Chromebooks are usually locked when they are school-issued.

You will need your Chromebook to be unlocked before installing any new games.

How to Unlock Chromebook to add Games

If your Chromebook isn’t school-issued and you are an adult who bought their Chromebook second-hand, with restrictions still enabled, here’s how you can fix that.

Blocking and unblocking sites and apps on your Chromebook requires an admin password. You will only be able to do this if you are the sole administrator of the device.

If you know all the passwords, you will pass each verification process as the sole administrator. Proceed with the steps below.

A gentle reminder, unblocking your Chromebook may leave your device more susceptible to less reputable sites and apps. Chromebook’s added restrictions are for the safety of your device and privacy.

A quicker way to gain access or override restrictions without compromising the security of your Chromebook is getting a VPN.

You can download a reliable VPN McAfee Total Protection 2022 for your Chromebook device to download games and unlock sites without worries.

Reseting (Powerwashing) your chromebook will remove all software and locks and give you total control of the machine. We have a guide on how to reset a school chromebook. Be aware that all your data will be lost using this method.

How to Download Friday Night Funkin for Chromebook Unblocked

Unfortunately, the whole game isn’t out yet. However, you can play its mobile version on your Chromebook device.

The ones you will find on the Play Store are unofficial variations of the game.

If you want to play the real Friday Night Funkin, you will have to download an FNF extension from the Chrome Web Store.

How to Download Friday Night Funkin from the Chrome Web Store

You can download the official Friday Night Funkin demo on the Chrome Web Store just as easily as you would through the Play Store.

With a few simple steps, you will play the game in no time. If you aren’t sold on the game yet, read on to find out more about FNF, its storyline, characters, and gameplay.

What is Friday Night Funkin

Newground users put together the prototype for the Ludum Dare game jam. In October 2020, upon its initial release, the game provided users with a Friday Night Funkin demo. In November of the same year, Friday Night Funkin was released as a “trial version” for the Newground site.

The game is currently under development, and its full version, Friday Night Funkin: The Full A$$ Game (replacing the S with dollar signs, for censorship-sake), is set for release in April 2022. So, where exactly is the two million dollar pledge going?

It’s a modern-day retelling of Romeo and Juliet. The game’s developers promise a drawn-out yet cohesive storyline with its beloved characters.

Boyfriend taking the spotlight. Its gameplay will remain intact, with Boyfriend setting out to defeat rivals such as Lemon Demon, Daddy Dearest, and Mommy Mearest for his beloved Girlfriend.

Friday Night Funkin does not hold back when it comes to characters and their background story. It’s loaded with various characters with their own reasons for battling Boyfriend.

During Boyfriend’s rap battles, arrows come up, and you must press the corresponding button at the right time. It’s a mixture of timing and reflex, analyzing what needs to be done and when to do it.

It’s simple, but the number of available songs and characters, that’s where the development and finances go.

Your Chromebook isn’t built for gaming. That is why it has more options to restrict apps and sites. Chromebook devices accommodate files, educational programs, and professional documentation.

If you want a Chromebook that can provide users with professional, educational, and recreational programs, check out the The Samsung Chromebook 4 that has powerful processors.

The Samsung Chromebook 4 runs on an Intel-powered CPU with an eleven-inch touchscreen, making FNF easier to play.