It’s 2021, and games are coming out left and right. These games are chockful of vivid colors and intricate details. With such high-resolution games, your computer might not be able to keep up. The best way to experience these games is to build strong processing power.

You will need a processor that won’t buckle under the weight of complicated calculations. These games also call for video cards that can render their animation well. If you put these two together, you can create an excellent combo for high-resolution gaming.

Now, this can get a little complex for some. Don’t worry! Our team is breaking it all down for you in this article. So, you can build or choose the computer setup that’s right for you.

Here we will be covering the basics. All the components that go into picking out the best CPU and GPU. And with that, we will also give you some tips on putting together the best combo for your gaming needs.

Let’s get into it.

What is a CPU?

Each application, such as a game, has its own set of instructions to run its program. The Central Processing Unit (CPU) or the “processor” performs all the input and output operations. It processes the necessary input to generate the appropriate output.

The Three Main Components of a CPU:

Here, in the Control Unit is where the motherboard of operations lies. This unit is what controls input, such as data, and generates its output into the system. It supervises the correspondence between the necessary hardware and software. Regulating the data it picks up to make sure it gets to where it needs to go.

The Immediate Access Store is where all the data is stored, both input and output. The cache includes the computations and the programs needed to process. Think of this as where all pertinent information and programs go into storage. This is also known as the RAM.

The Arithmetic and Logic Unit

Did you know that everything you do on your computer requires computations? Each task you carry out on your device involves adding binary numbers to the file and then computing which pixels on your screen need altering. And this produces the necessary visuals on your monitor.

These three components all together make up your CPU’s processor. These all define your computer’s ability to retrieve and process data from any hardware. 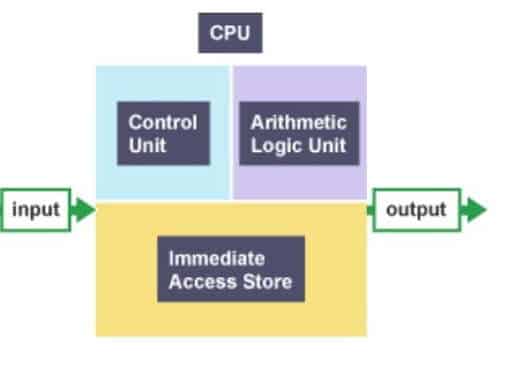 The rate at which your CPU can process, otherwise known as the “clock speed,” determines your computer’s processing speed. A CPU’s processor is also known as the CPU’s “core.”

Traditionally, a CPU only comes with one core. Now, you can find a CPU with many cores, anywhere from 2 to 28 cores. That sounds excessive, but it’s not. The minimum technological requirement needed these days is a dual-core system. Your smartphone may even have a quad-core processor built into it.

The more cores your CPU has, the higher your clock speed is. Lower clock speed leads to those dreadful lags. Your CPU not having enough cores to process the volume of information and programs you give it can cause malfunctions.

The games these days are out of this world, and so are their requirements. The incredible gameplay and intricate interface these games offer are core-intensive. Luckily, you don’t have to buy cores individually and put them together yourself. You can find a quality CPU with an octa-core built right into it. If you’re looking for one now, go ahead and check this out Intel Core i5 online. Boasting deca-core technology, this can cater to today’s latest games with ease.

What is a GPU?

The Graphics Processing Unit is the circuit that speeds up creating and rendering of visual aspects. Also known as the video card, it conducts the management of images, videos, and animation.

The GPU taking over the necessary calculations for the visuals lessens the workload for the CPU. A good combination of these two renders better graphics performance. The complexity of most games out there these days requires more processing power. Now, we know that the more processing power your computer has, the better. The more chances you have of experiencing these games at their full potential.

The Two Types of a GPU:

Some CPUs already have a GPU built into their motherboard. Having one already in its system means it shares a memory bank with the CPU. Sharing memory space uses less power, generating less heat, leading to longer battery life for laptops. An integrated GPU is the more sensible choice for portable devices.

The IGP, being less power-hungry, keeps your device cooler. So, you don’t need to invest in a separate cooling system. Also, an IGP saves you from spending on a separate GPU altogether. The integrated version is the more practical choice of the two types of GPUs.

However, an IGP isn’t built to accommodate high-resolution gaming. You can still enjoy basic to moderate resolution games. But, you will have to deal with lagging or your apps crashing if it gets too much for your device. An IGP’s capabilities are limited, and its ability to process depends on how many programs you are running simultaneously. 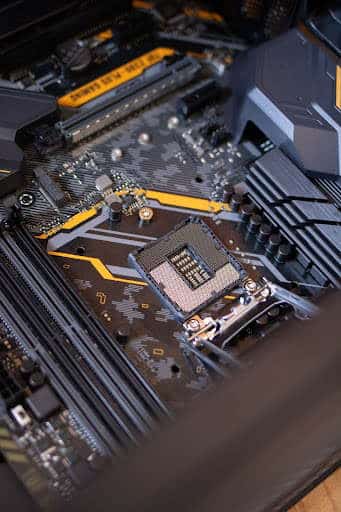 Another type of GPU is one you can choose and buy separately. A discrete GPU has an independent cache for the data it retrieves and the programs needed to run them. Having its own memory bank calls for more power.

Not only does the external GPU have its own storage, but it also taps into your device’s Power Source Unit (PSU) independently. These factors generate more heat than an IGP would. But it delivers higher performance than a GPU that shares both a cache and a power source with the CPU.

You can easily navigate around the excess heat generated by the DGP by installing a cooling setup on your computer. But some higher-end discrete GPUs come built into a cooling system of their own. While you spend more for a discrete GPU than you would with an integrated one, it is the better choice of the two.

Here’s some great news. There are laptops out there that have an Integrated GPU built into their system with a Discrete GPU embedded into it as well. Having both types of GPUs in one device allows you to enjoy premium games on your portable device. We recommend you check out the AORUS series. These laptops are designed to accommodate high-resolution visuals and operate with intricate interfaces. GIGABYTE AORUS 15P YD

These laptops are fully equipped with the RTX3080, one of the most powerful product lines for GPUs in production today.

If you are looking for a discrete GPU for your desktop, this choice is proven to be superior to most. MSI Gaming GeForce GTX 1660 Super

Consider this choice for a GPU if your CPU is up to speed. However, if you need an upgrade, we’ve found that this is the best CPU for 1660 Super. AMD Ryzen 5 2600 Processor

Besides the storylines, challenges, and gameplay, gamers look at graphics. The visuals are how your eyes receive everything. They are what you see, how the storylines are delivered, and how your mind interacts with the gameplay visually. You may also be interested in comparing game console GPUs with PCs, if so please read What is the Xbox series X GPU equivalent? and What Graphics Card does the PS5 have?

Your processor will retrieve the data from these applications and launch the programs. Each game is different and encoded with a set of data that serve as the instructions for your processor. This is the input.

The quality of the output and how well it is delivered to you depends on two things:

Your CPU and GPU combination determines your frame rate. How fast it retrieves the game’s instructions and processes them with the system’s programs impacts the visual output. Your screen can only display the image at the speed your system produces them. Thus, determining your frame rate.

A high refresh rate paired with a high frame rate results in higher frames per second (FPS). When you have high FPS, you are better equipped to handle fast-paced games. Each frame matters in today’s world of competitive gaming. Lower FPS can cause lagging. Dealing with constant lagging is frustrating even when you’re playing games solo.

If your system is quick to process data, chances are you already have a high frame rate. Pair that with a monitor that gives you a high refresh rate. We’ve found that this monitor can help you achieve motion clarity. ASUS ROG Strix 27

Given its refresh rate clocking in at 144Hz up to 170Hz, it’s easy to see why this is a common favorite among gamers. It also has adjustable blue light filters to help keep your eyes from getting strained.

We are all familiar with the term resolution. Often referring to the size of pixels, the resolution consists of the width and height in pixels.

4K is reaching heights of resolution that no other has reached before it. 4K resolution makes your gaming experience immersive with the visual quality it provides. It boasts a pixel count that is precisely four times the amount found in HD.

Having a large monitor with an excellent response time to match, 4K, can give you an unbeatable visual experience. We find that these monitors can handle 4K resolution best. LG 27GN950-B Ultragear Gaming Monitor 27” UHD

While it is better to have more pixels, there is no noticeable difference between 1440p and 4K resolution. The real difference lies within their costs. You will need to invest more money to experience the full potential of 4K resolution.

Also known as the QuadHD or QHD, 1440p is the popular choice among gamers. Often paired with a 144Hz, it has been argued to provide the best overall quality for your gaming. It is more practical while still offering outstanding visuals as much as 4K does.

Monitors you can use for 1440p gaming are cheaper but deliver excellent resolution. This monitor would be a sensible choice for any gamer. GTEK Q2765C 27-Inch Curved Frameless Gaming Monitor QHD

Finding the right choices in your hardware doesn’t have to be so hard. The trick to having a good setup is putting together hardware that complements each other.

4K works best when you pair it with powerful processors. The best GPU you can have for 4K gaming is the MSI Gaming GeForce RTX 2070 Super. You can find one that costs a little less here. GeForce RTX 2070

While the GPU is the workhorse for gaming, the best CPU for 4K gaming can help balance the workload. Here is the best choice for that. Intel Core i9

If you have less budget but want great resolution for your gaming, 1440p is the best option for you. The CPU has no real impact on resolution, as the GPU handles the graphics. But as the CPU takes on more work, this leaves the GPU to focus on processing the graphics. This way, a good CPU can help achieve a better visual experience. The best CPU for 1440p gaming is Intel Core i7

This powerful combination can give you a flawless experience when dealing with a 1440p 144Hz monitor.

We hope these suggestions help you in making an informed decision. Knowing the technical aspects that go into the hardware is always helpful.