Mobile devices such as laptops consume less power than desktop PCs with an external monitor. It is assumed that the battery of a laptop is fully recharged once a day, and the number of watts it takes to charge a laptop varies between 20 to 50W. For this purpose, a typical efficiency of 70 percent is assumed for the charging process, 30 percent of the energy is transferred between the charger and the battery as waste heat and radiation into the environment.

The HP 15 model by Hewlett Packard is a representative of a standard household laptop. The battery for this machine takes 41W for a filling. This value ​​is of course subject to fluctuations. Not every power supply unit has the same power dissipation and the actual wattage will vary over time. However, due to the relatively small variance, it is more or less negligible. It is also possible to charge your laptop battery externally (eg through USB C, power bank or solar cells) though these methods generally take longer than the supplied charger.

Remember that charging is a reflection of good battery quality. If your laptop battery stops functioning, you either have to replace your battery cells or purchase a new battery altogether. 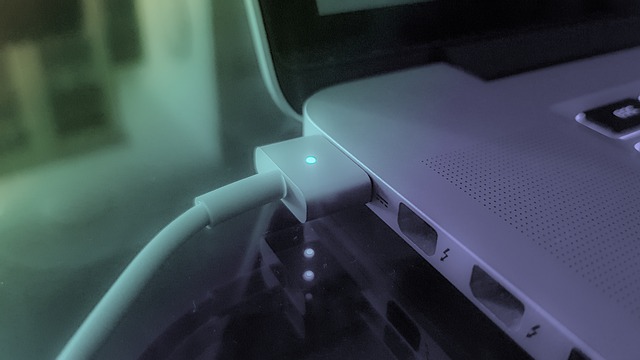 Charging is Tied to Power Consumption

A larger laptop is designed for more computationally intensive tasks and already consumes more power in idle mode than a smaller notebook or even a tablet in normal operation. So naturally it will take a lot more to charge a larger notebook vs. a smaller one. However, to see the actual difference, I carried out a small experiment on two of my own personal laptops.

I plugged my energy meter into the socket and connected it to my ThinkPad W510, a decently sized machine. In idle mode, i.e. when the processor or graphics card hardly has anything to do, the laptop consumes 28 watts of electricity. The notebook already works with 50 watts in medium load (browser, image processing, office programs, e-mail). And at the maximum? My energy meter shows me a full 88 watts. However, this value only ever occurs when there is actually a heavy load on the processor and varies quite a bit, for example when a video is converted. So if I take the average, it is around 39 watts!

The wattage discussed above was based on a very powerful laptop. I also have a smaller ThinkPad X100e. It has a weaker processor and a less powerful graphics card. But is the energy consumption a lot lower here? I have it on all day and it sometimes goes in the stand-by mode as well.

If I only measure the (90 watt) power supply, without a connected computer, it initially only consumes 0.8 watts. In idle mode the smaller laptop consumes 15 watts of electricity. At medium power, the device goes up to 24 watts. When the processor is fully utilized (e.g. when a video is played), this notebook has an output of 35 watts. So I could leave this computer running all day without worry, because the power consumption is far less than the larger, more powerful computer.

If you are wondering what the power consumption is for your laptop, you can check your power supply which should have it printed on the side.

Laptops are built in such a way that the individual components work as energy-efficiently as possible, but at the same time many functions and large computing capacities are available. Large consumers generally include the display and the processor. The main components of electricity consumption are:

If a modern laptop with a multi-core processor is heavily used, the power consumption can rise up to 60 watts and more. The graphics card is an important factor. The power consumption of laptops is significantly higher if one is installed and the graphics are not only calculated via the main processor. However, a dedicated graphics card is only built into high-end and gaming laptops.

How many watts a laptop charger consumes can easily be calculated using the data on the underside of the device. It is important that you take the values under “Output”, because the “Input” only states the voltages for which the device is designed. If you multiply volts by amperes, you get the power consumption.

However, the power consumption at full power can be slightly above the calculated value. The notebook charger always sends a little less current to the device than it draws from the network, depending on the device it is usually around seventy percent. The exact value can therefore only be determined with an ammeter.