There have been numerous early adopters of iOS 16 since its September 13 release by Apple. Many problems and defects, however, keep appearing, which is hardly surprising. 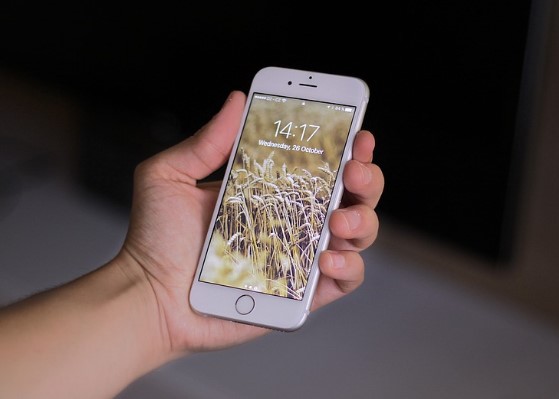 With that in mind, we’ve compiled a list of the most recent flaws and concerns with iOS 16 based on user feedback and proposed solutions. All right, let’s have a look at what’s underneath.

Apple launched iOS 16 officially on September 13, and the beta version of iOS 16.1 has recently been upgraded. This is a sign that there are several issues and glitches with iOS 16. This results in a wide variety of new bugs appearing often.

Apple must solve specific problems and glitches in iOS 16. For some of them, professional help may not be necessary. When anything goes wrong or out of the ordinary happens, there are three standard approaches you might take to rectify the situation.

That is, clear some space on your phone or restart it first.  If you can’t find a solution online, you may try reinstalling iOS 16 or downgrading to iOS 15 after backing up your data, or you can hard reset your phone.

Even though we have no idea when Apple will solve these flaws and issues, we will describe them in detail below, so you may check them out if you’re interested.

Playing Hi-Res Lossless music or connecting a third-party Bluetooth device might cause Apple Music to fail. There have been reports of the Apple Music beta crashing while playing specific High Resolution (HR) music.

Most of the AM library already provides Hi-Res audio up to 96 kHz, so most customers shouldn’t be affected unless they push the limit that might cause Apple Music to crash. The software should be stable with lossless but low-resolution files.

Furthermore, if you want to pair a third-party Bluetooth device with your iPhone, you can only do so with the Airpods line in the iOS 16 beta.

This flaw in iOS has existed for quite some time. The primary issues include slow 4G speeds, slow response times from 5G networks, and rapid battery consumption while using 5G. Users of the iPhone are all too familiar with the fact that this flaw remains unfixed in iOS 16.

Multiple people have blamed the beta version of iOS 16 for causing the Kindle app to crash on their iOS devices. They did a lot of reading and experimentation to find a solution. However, they aren’t functioning correctly.

One of iOS 16’s new features is a battery % indicator in the status bar. Lock screen alerts always appeared when an iPhone was charging.

Users who have updated to iOS 16 have complained that the Lock screen no longer displays the battery % when the device is charging. In any case, this isn’t something brand new. If it bothers you, perhaps change your iPhone screen timeout so that the phone spends less time locked.

After updating iOS 16, several users reported that their iPhone’s touch screen no longer responded to swiping or tapping. A sluggish UI makes the product nearly useless.

Several potential causes for your iOS 16 touchscreens to stop reacting; however, you may view remedies below and test them one at a time until you find the one that works for you.

If this still doesn’t work, please read how to fix iPhone swipe up is not working.

The battery is the most critical part of every electronic gadget. Many individuals worry about their device’s battery condition because it serves as the device’s tireless motor.

So, after updating to iOS 16, some unlucky users have reported abnormally rapid battery drainage. It can resolve issues with iOS 16 without reinstalling or downgrading to iOS 15.

The depth effect in iOS 16 is a fantastic new feature, but if you’re having trouble using it on the lock screen, there are several potential explanations.

You’re possibly using an unsupported picture or experiencing a problem with the backdrop, etc. First things first: check that your wallpaper is compatible.

Only photographs with a distinct subject, such as those of people, animals, buildings, or fictitious characters, can benefit from the depth effect. In case it’s possible, you can try these approaches:

Some applications, including WhatsApp Business, the Banking app, and TikTok, have issues launching or failing on iOS 16. These applications weigh because they may be critical in times of need. App crashes are the worst, mainly during crucial tasks like client meetings or bill payments. User have also reported that their iPhone randomly restarts as well as the app crashes.

Problems with iOS 16 and app updates? The error may be the consequence of server issues at Apple. Wait a little bit and give it another shot if you like. Attempt the following if upgrading your applications to iOS 16 still fails:

Most iPhone owners still can’t wait for iOS 16 updates due to the new fixes, despite the persistence of issues and difficulties. I hope this article was of help to you in fixing the iPhone Glitching issue.